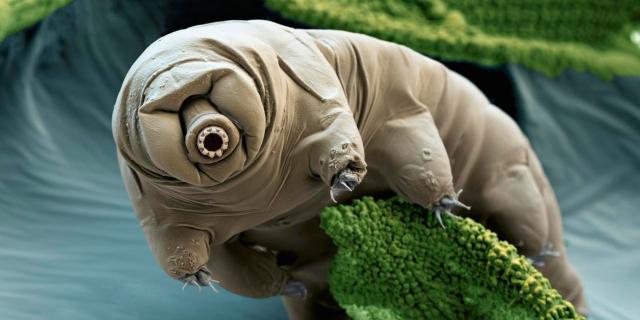 Join us at Nature PEI’s monthly meeting to explore the little known world of the Tardigrade, fondly known as water bears, with marine biologist Emma Perry of Unity College, Maine.  “Despite their wide distribution and their importance within ecosystems, we do not know much about Tardigrades or where they might be found, especially the marine species” notes Dr. Perry.   She recently recorded the first marine Tardigrades from Prince Edward Island but her fascination with these tiny creatures began several years ago.  Impressed by the Tardigrades “ability to survive anything”, Dr. Perry and her students went on a hunt for them on a snowy day in February.   “As soon as I found my first tardigrade, I was hooked!” says Dr. Perry. Soon she was studying marine tardigrades and found a new species Echiniscoides wyethi on her first expedition to small Allen Island, Maine.  Noticing that there are no records from the eastern coast of Canada, Dr. Perry turned her attention to Prince Edward Island as an ideal location to pilot a systematic study of the intertidal tardigrades that live in the sand. In total fourteen tardigrades were found in the lower intertidal area of two beaches, the first marine tardigrades recorded from Prince Edward Island.

Dr. Perry has been a professor at Unity College in Maine for twenty years where she teaches Marine Biology and Invertebrate Zoology.  She was inspired to become a biologist after watching “Life on Earth” as a child in Britain. She completed her Bachelor’s degree in Exeter, UK with a senior thesis on the sediment preferences of a burrowing brittle star. She later moved to Florida to complete a Ph.D. on the skeletal formation in sand dollars.

All are welcome to join us Tuesday March 7, 7:30 pm at Beaconsfield, the Carriage House in Charlottetown to learn more about the little known Tardigrade and Dr. Perry’s studies on PEI beaches.

Nature PEI - Celebrating Citizen Science Since 1969
View all posts by Nature PEI →
This entry was posted in Uncategorized. Bookmark the permalink.